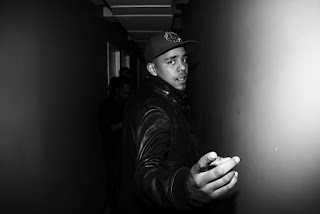 When you make a list of the greatest aye, am I on it?
Maybe not yet but bitch I got the clock set

I figure this would be a good way to kick off the blog..
J Cole and his Sideline Story knocked everybody on their ass this week. I've been following this guy since The Come Up and I must say he's developed a very strong fan-base, along with a seriously heavy bandwagon. Cole has a thorough understanding of how to be honest and relevant, and this was perfectly showcased in his debut. Flip the lid for a review and album download.


Review: The third installment to Dollar and a Dream is a nice continuation from his earlier mixtapes. The skit-like interlude into the album's title track Sideline Story is arranged around a beautiful array of keys that compliment his relaxed but heartfelt flow. Jay's verse on Mr Nice Watch disappointed me.. didn't ruin the track but in the same breathe it didn't do much for the album or the track. I'll diplomatically skip right by In The Morning for reasons I will not disclose (because I'm not a big Drizzy fan).. One of the reasons I support Cole is because he speaks on issues that have very evidently impacted his rationale. Lost Ones, Nobody's Perfect & Never Told elaborate the single-parent upbringing household along with his relationship experiences. I was instantly brought back to Mariah Carey's Butterfly album when I heard Breakdown - those of you who know why, know why. Those who don't, don't. Nothing Lasts Forever and Daddy's Little Girl are two of the most loud songs for me. The commercial tracks and the rest of the samples and rhymes are sick. Buy the album if you support good music. If not, go buy Drake's album and contribute to a whole load of nothing.
Hear here (without bonus tracks).
Posted by Tha'nonymous at 23:07